The bird flu outbreak that has killed scores of domestic and wild birds in recent weeks in northern Israel has spread to a new farm, the agriculture ministry said on Thursday.

The H5N1 virus outbreak started in the Hula Valley and the community of Margaliot in the Upper Galilee, near the Lebanese border, has now reached the farming community of Barak, south of Afula.

There are around 5,500 chickens infected with the virus on an organic farm in Barak, the agriculture ministry said.

The ministry said it had isolated the henhouse housing the infected chickens and stopped selling eggs from the farm.

Agriculture Minister Oded Forer said: “We are dealing with a complex and evolving situation that requires many answers. I have instructed our professional teams to continue to act by all available means.

By registering, you accept the conditions

He said he had allowed untaxed egg imports and that there would be no shortage. The ministry said the Barak cooperative produces around 100,000 eggs per year, which is around 2.4% of the organic egg market.

The ministry said it was concerned about the virus infecting humans who live near infected poultry and that Agriculture Ministry vets were working “under emergency procedures” and actively monitoring all farms in the north. .

The public has been urged to make sure to cook eggs and other chicken products thoroughly to kill any viruses or bacteria.

Some 5,000 birds have died from the disease in the Hula Lake Preserve in the worst bird flu outbreak to ever hit Israel’s wild bird population. 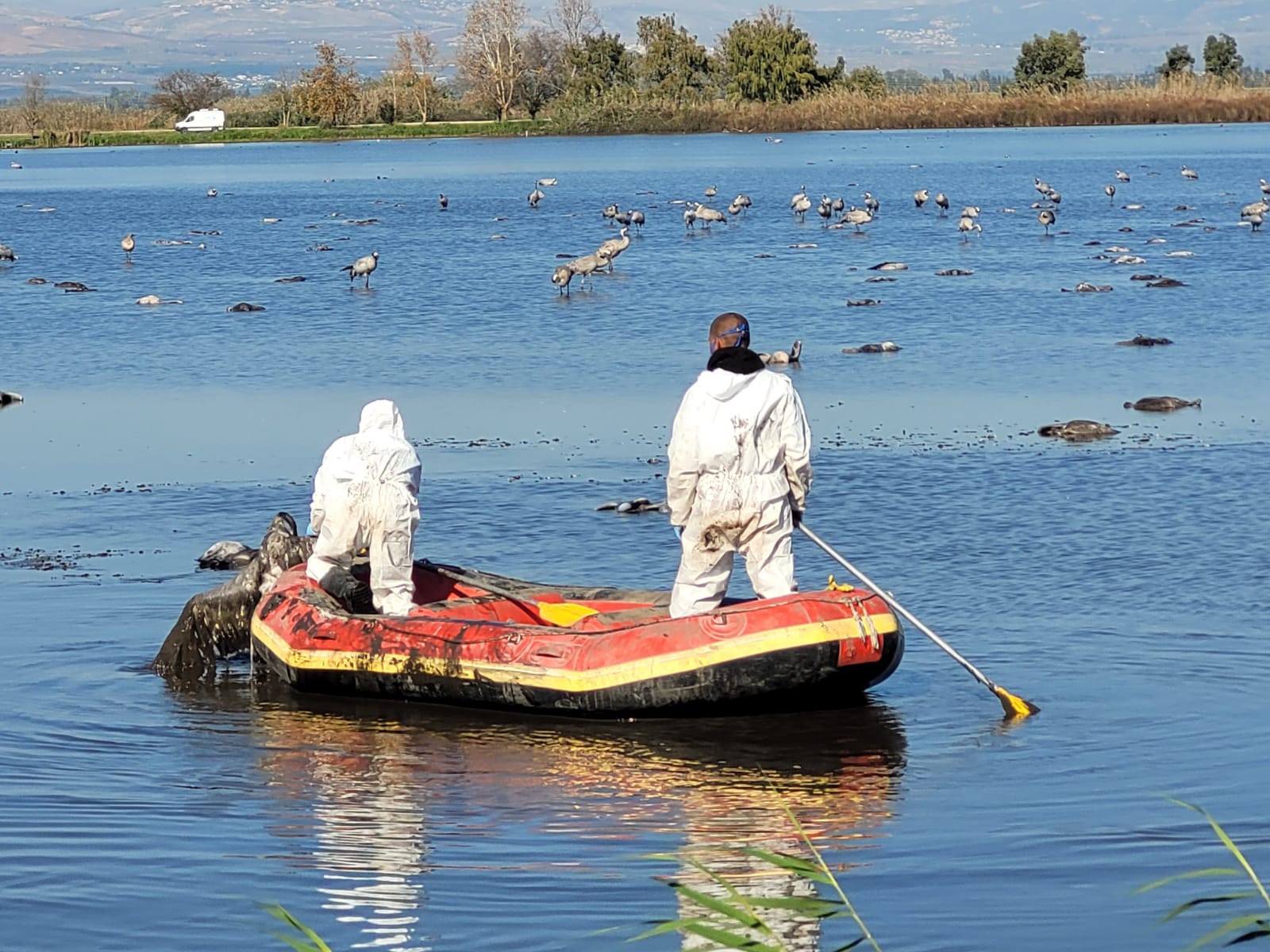 The carcasses of wild cranes killed by bird flu are gathered in the Hula Lake nature reserve in northern Israel on December 27. (Hadas Kahaner, Israel Nature and Parks Authority)

In Margaliot, more than half a million laying hens died or were slaughtered. All the barns are infected and have been cordoned off by inspectors.

The Agriculture Ministry has yet to determine how the highly contagious viral disease H5N1 entered the Hula reserve, which attracts tens of thousands of cranes during the spring and summer migration seasons, especially since food is distributed there to keep birds away from shops. fields of cultivation.

The danger of the bird flu epidemic jumping to humans is real and “very worrying,” senior epidemiologist Professor Amnon Lahad said on Wednesday.

“The widespread nature of bird flu is of great concern, especially since it infects chickens and not just wild birds. He has gone from wildlife to farm animals, and I hope he doesn’t take the next step towards humans, ”he said Wednesday.

The first outbreak this fall occurred in Moshav Nahalal in the Jezreel Valley, according to a notice sent to poultry farmers on October 18 by the ministry’s veterinary service. Noting that avian flu was sometimes carried by wild birds – Israel is on the annual migration route between Europe, Asia and Africa – he called for the immediate transfer of all organic chickens raised in the open. air and other outdoor chickens to closed facilities.

On November 3, the virus was also found at Kibbutz Maayan Zvi, near Zichron Yaakov, and on November 21, it had spread to a duck farm in Kfar Baruch in the Jezreel Valley and a turkey farm in Ein Zurim, south of Kiryat Malachi in southern Israel.

Authorities said the outbreak in chickens is partly due to farmers using primitive chicken coops, unsanitary conditions and poor monitoring or reporting by farmers in Margaliot.

Farmers are protesting against proposals to remove egg production quotas and to open up the industry to local and international competition.

Are you serious. We appreciate this!

We are really glad you read X Times of Israel Articles in the past month.

That’s why we come to work every day – to provide discerning readers like you with must-see coverage of Israel and the Jewish world.

So now we have a request. Unlike other media, we have not set up a paywall. But since the journalism we do is expensive, we invite readers for whom The Times of Israel has become important to help support our work by joining The Times of Israel community.

For as little as $ 6 per month, you can help support our quality journalism while benefiting from The Times of Israel WITHOUT ADVERTISING, as well as access to exclusive content reserved for members of the Times of Israel community.