Our 2021 review ends with a return to November and December.

NFU Mutual releases figures showing the rising cost of farm fires, cases of bird flu are emerging across the country and storms Arwen and Barra are leaving a trail of destruction in Scotland and northern England.

As COP26 is in full swing, the UK dairy sector has set out a strategy to achieve net zero climate targets by 2050.

Bird flu has returned to the UK with vets identifying the disease at a small poultry farm near Wrexham in Wales.

Within days, cases began to emerge across the country as migratory birds arrived, taking the virus with them.

A Scottish poultry farmer was the first to describe her grief over losing her flock – slaughtered to help prevent the spread of the disease.

Farmers probably appeared to be missing out on tree planting subsidy money as sapling supplies slowed.

The shortfall was caused by a combination of Brexit, Covid-19 and an unprecedented demand from landowners to plant trees as part of environmental programs.

Unfortunately, the pressure on supplies meant that many ran out of stocks of trees and risked not meeting program deadlines.

Antibiotic use on UK farms has shown further dramatic year-over-year declines, according to a report from the Veterinary Medicines Directorate (VMD).

Figures show that sales of antibiotics for farm animals have declined for the sixth consecutive year, a total reduction of 79% since 2014.

The VMD also found that the highest priority critically important antibiotics only accounted for 0.5% of the total 226 tonnes used on farms. 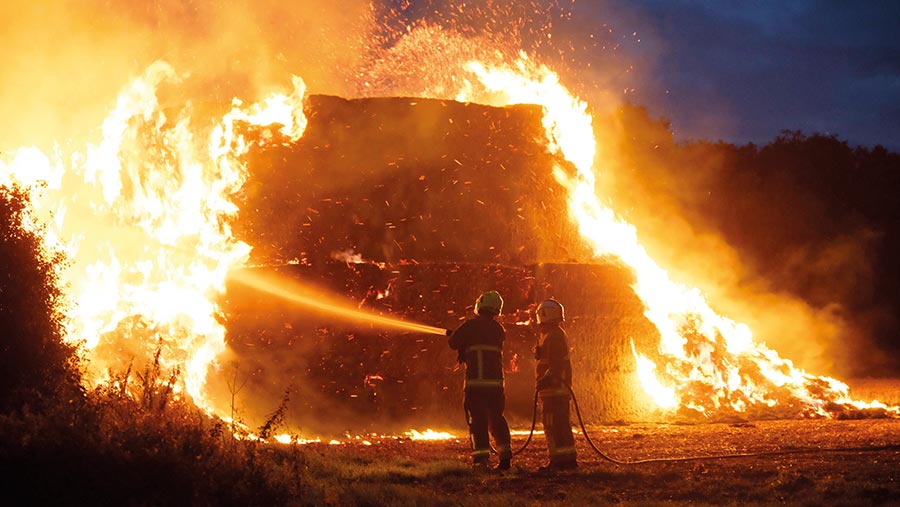 Figures released by NFU Mutual showed the cost of farm fires increased by 40% to a total of £ 69million in 2020. Vehicle fires accounted for an additional £ 20million in insurance claims.

Power outages were identified as a major cause, triggering a call from the rural insurer for farmers to have the wiring checked regularly by an electrician.

Defra invited farmers and producers to participate in a consultation on the future of AHDB.

Among the proposed changes was a five-year vote on how taxpayers’ money should be spent on the grain, pork, dairy and livestock sectors.

If approved, the first of those votes would take place in spring 2022.

Industry leaders have been disappointed with proposed payments for all three soil standards as part of Defra’s 2022 Sustainable Agriculture Incentive (SFI), announced by Defra Secretary George Eustice. But they stressed that this should not discourage English farmers from applying.

Ethicists have warned that the production of genetically modified livestock must be strictly regulated to protect animal welfare. The Nuffield Council on Bioethics said gene editing could help farmers make livestock more resistant to disease.

However, there were concerns about the decline in unethical breeding and animal welfare. Defra said it would consult with the public and take a “step-by-step approach” to gene editing, starting with plants only.

Government support programs have failed to alleviate the crisis in British pig farms, industry leaders and processors have warned.

Labor leader Keir Starmer has embarked on a major reshuffle of his shadow cabinet.

Well-regarded West Country MP Luke Pollard – who led a rural policy review of Labor to try to make the party more effective in farming circles – has been replaced as Defra’s shadow secretary by Jim McMahon, MP for ‘Oldham West and Royton.

Farmers were urged to review the safety of their fertilizer storage in the face of soaring prices and potential excess stocks on farms.

The rising value of existing stocks of nitrogen-based fertilizers could lead to an increase in thefts, the Confederation of Agricultural Industries has warned. 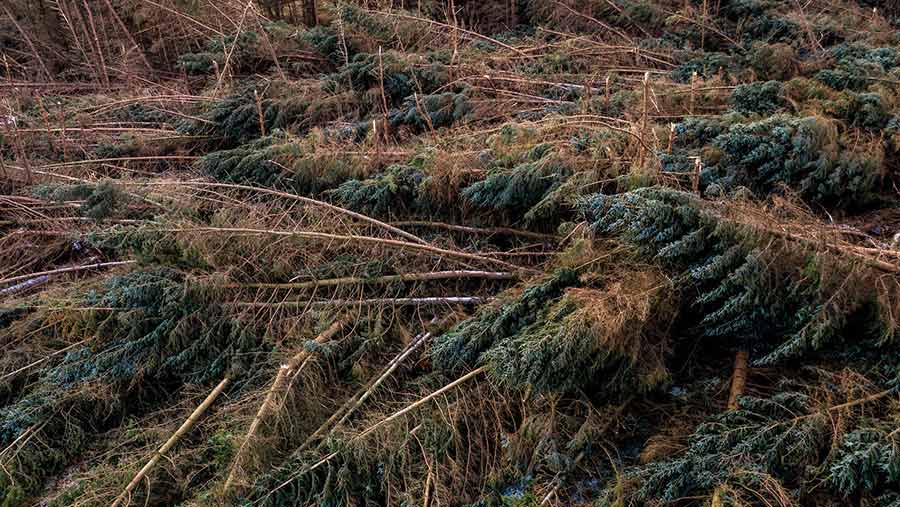 Close-up of the damage caused by Storm Arwen © NFU

Storms Arwen and Barra left a trail of destruction across Scotland and northern England.

Many farms were recovering from damage and power outages caused by Arwen and her 98 mph winds when Barra hit Britain from the Atlantic, with winds of 80 mph recorded on December 7.

Trees were flattened and farm buildings damaged – with roofs torn off and walls collapsed. Farm leaders have demanded an emergency government fund to help businesses recover.

Cornwall volunteers have started working with farmers to tackle food waste by picking up excess crops and delivering them to community kitchens and food banks. The initiative had already provided more than 40 tonnes of fresh produce to those in need.